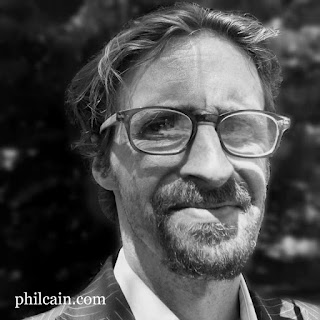 Phil Cain has a background in mathematics and journalism. He has been a correspondent for Southeast Europe and was a founder of VoxPolitics, which charted the use of the internet in democracy. In 2016 he published Alcohol Companion, a groundbreaking science-based account of alcohol for professionals and general readers. It is supported by a readers’ newsletter and discussion group.

Let´s start with the media. What is your view on how impartial and objective media is when it reports on alcohol and especially alcohol policies? Alcohol advertising ban is one of the WHO´s alcohol policy "best-buys" and at the same time, alcohol advertising is a huge income source for media.
Alcohol advertising helps pay a substantial percentage of the cost of our media, while also perpetuating unhelpful myths and misunderstandings about the product. Alcohol advertising must also increase overall demand for alcohol, despite claims to the contrary. The burden of proof should lie with those who suggest otherwise, given advertising’s effect in every other sphere it is practised. Clearly, this economic plumbing and cultural wallpaper does not improve the way alcohol is treated in journalism and drama, and other content. In English-speaking media, at least, alcohol is often treated as a lighthearted topic, despite often having a serious impact on our mental and physical health and wellbeing. That should change, although it will be difficult. That said, we should not let these structural and cultural biases distract us from another problem: Alcohol is, like it or not, an incredibly complicated topic to cover. It is by far the most difficult topic I have ever covered. This is why I felt I had to start with a deep and thorough investigation, my book, Alcohol Companion. I still draw heavily on it in my ongoing coverage and commentary. We cannot reasonably expect every journalist to undergo such an initiation.

It sometimes seems that while there is a long list of huge meta analysis´s that prove that alcohol is harmful even in moderate levels, media tend to highlight those single studies that claim that moderate drinking, for instance, helps with infertility etc. As a journalist, do you have a suggestion for readers how to tackle it? How to be a wise media consumer?
Yes, this is a good example of how the media has a penchant for putting out crowd-pleasers. Typically these are stories which tell us drinking more than a small amount of alcohol is basically fine, or even good for us. Leaving consumers with this impression is either unscrupulous, incompetent or both. It is often hard to say which and I tend to go with the latter. Just as not every journalist can be an alcohol nerd, not every reader will be either. To keep it simple they should perhaps keep in mind the big picture: doctors do not prescribe alcohol as a medicine and no single study will change this. Also, the low risk guidelines are formulated by taking into account all the reputable studies available, not just one, the typical basis for an alcohol “good news” story. For those wanting to get into the detail: Headlines talking of health benefits typically exploit the fact that people who do not drink alcohol are ill or were once heavy drinkers who have quit. So claims of alcohol health benefits seem likely to be based on statistical illusions. Other habits, meanwhile, like taking moderate exercise and eating well, deliver benefits without any significant risks. It is also worth bearing in mind that “moderate drinking”, which means a very low level of drinking by many people’s standards, is often difficult to achieve in practice. It seems like it should not be a significant risk, but the risk of overdose is real. Just ask around on a Sunday morning.

What brought you to alcohol topic?
I was covering the Balkans as a foreign correspondent and was looking to find a new challenge. Being a lapsed mathematician I thought as science topic would be good. And I am always drawn to neglected issues with the potential to deliver social benefits. So, all things considered, alcohol seemed like the perfect candidate.

What´s the story behind "Alcohol Companion"? Who is your main reader?
I actually wrote it for everyone. Maybe that is the mathematician in me, always looking for generalisation? And I am also a journalist and think my work should be accessible and readable. So I did not want to write a book only for people with a particular experience of alcohol or filtered through my own experience. And I did not want to write only for long-standing alcohol nerds either. So, as I wrote, I had in mind an imaginary lineup of people and asked myself if what I had written would make sense to them? They included people who have never drunk and have no plans to start; People who drink a modest amount; People who drink a lot regularly; People in the throes of quitting; And people who stopped drinking years ago. I also tried to make it as rigorous as possible, because being open to expert opinion is important to me. I suppose the common factor among them all is that they have a scientific bent and are interested in joining me, an ordinary guy, making an honest attempt to get his head round this tricky subject.

You have talked about alcohol and mental health. Do we even know the real magnitude of this problem? CDC in USA claims that up to 5% of Americans and many western-European nations are harmed by prenatal alcohol exposure. So that´s lifelong mental health harm that is inflicted before one's birth. If we add here the harm that parents drinking causes to children to later alcoholism. How big could this problem actually be?
The diagnosis and cataloguing of mental health and brain problems is difficult, to say the least. I strongly suspect the impact of alcohol on mental and brain health is, if anything, significantly underestimated.

It seems that alcohol context (drinking, production and policy) is changing. Young people are drinking less, industry is switching to zero-alcohol drinks (partly and from different reasons) and different countries are regulating alcohol more like tobacco. Where is it going, in your view? Where are we in 5, 10, 25 years?
I could be wrong, of course, but I think we have reached a turning point in alcohol consumption. Growing awareness of our brains, our brain health and mental health are important to being more sensitive to alcohol harm. And, conveniently, we have invented technologies, like social media, which fulfill many of the roles alcohol has traditionally served in our society. Also, like it or not, we are all a little more like public figures these days, less keen to be caught looking foolish on camera. I suspect for all these reasons that drinking will continue to decline among young people, with the bulk of problems being among generations weaned on alcohol in their adolescence and early adulthood, including those now in their late 30s and 40s. I am optimistic, however, with new technology also making information and support far more accessible. If we know anything about the world today, it is that rapid change is possible. And, as for attitudes, I think we may start to look at heavy alcohol drinking a little like we do boxing. Over time it may seem almost mind-boggling and extremely sad that its potential harm was not more widely acknowledged in the past. Whether this becomes a widespread attitude in five, ten or 25 years, I cannot say. But I know for some, like myself, it is already the case now. Perhaps it will take a generation. I hope my book and subsequent writing can do some groundwork in making alcohol awareness commonplace.
Posted by alcoholweekly at 17:34

Would you drive on this?

How does alcohol cause hangovers?

The Shocking Effects of Alcohol on Sleep

Did you know drinking too much can lead to cancer?

No Alcohol Day in Thailand

The Truth About Alcohol and Erectile Dysfunction

It Was A Rough Road Through The Drugs And Alcohol

WE ALL NEED TO SAY NO