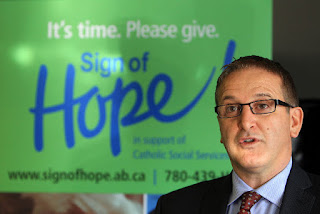 Edmonton Examiner (Canada) - Sign of Hope campaign kicks off with already $60,000 raised
The latest incarnation of the long-running campaign will focus on local teens suffering from Fetal Alcohol Spectrum Disorder (FASD), said Caputo - who had the honour of kicking off Tuesday's events.
Read more

Medical Xpress - A family history of alcoholism may add to damaging effects of prenatal alcohol exposure
Prenatal exposure to alcohol (PAE) can lead to serious deficiencies associated with fetal alcohol syndrome (FAS) and fetal alcohol spectrum disorders (FASD), such as impairments in general intelligence, adaptive function, verbal learning and memory, attention, executive function, and visual-spatial functioning.
Read more
New Zealand Doctor Online (New Zealand) - BABIES + BOOZE – A Fetal Alcohol Spectrum Disorder Youth Social Media Awareness Campaign
The risk to unborn babies from alcohol has been making headlines for decades but Kiwis don't seem to be heeding the warnings. At least 50 percent of women think that drinking some alcohol during pregnancy is safe and 80 percent of teen pregnancies are alcohol exposed, according to New Zealand surveys.
Read more
News-Medical.net - Two Chicago students develop novel treatment method for fetal alcohol syndrome
Two Chicago high school students have developed a novel treatment method to reduce the negative effects of Fetal Alcohol Syndrome (FAS) and a new understanding of genetics behind the disease.
Read more
ABC (Australia) - Psychology: drinking and pregnancy
Our resident psychologist Damien Adler explains that in some cases drinking alcohol while pregnant can lead to a very serious condition called Fetal Alchohol Spectrum Syndrome.
Read more
11alive.com (USA) - 6-year-old tries to find homes for foster kids
Hannah was born with fetal alcohol syndrome. She had seizures and swelling of the brain. She spent her early years in physical, occupation and speech therapy. Her foster mother, Jennifer Daffron, says the pageant helped Hannah deal with her fear of lights, crowds, and speaking to people. It also got her thinking. Why wait to grow up when she could help foster kids right now, by selling a very special calendar?
Read more
WHO - Congenital anomalies
Congenital anomalies are also known as birth defects, congenital disorders or congenital malformations. Congenital anomalies can be defined as structural or functional anomalies, including metabolic disorders, which are present at the time of birth.
Read more
Kidskan (Canada) - FASDlive 2012 Encore: Supporting women who may be at risk of having a child with FASD
Trauma and the value of empathy, patience and cultural competency were the major themes at the post-conference symposium held on Sept. 14 as part of the FASDLive 2012: Expanding our Vision conference.
Read more

COMING EVENTS
First International Conference on Prevention of FASD
This is the first international conference to address the primary, secondary, and tertiary prevention of FASD.
Read more
Consensus Development Conference on Legal Issues of Fetal Alcohol Spectrum Disorder
This conference is a 3-day juried hearing of evidence and scientific findings that allows for the engagement and collaboration of citizens, decision makers in government, and the justice system in addressing a specific set of key questions on legal issues of FASD.
Read more

RESEARCH
Alcohol and Alcoholism - The consequences of alcohol and pregnancy recommendations
What should be the public health messaging on drinking during pregnancy? The answer isn’t clear-cut. We know that there is strong evidence that high levels of alcohol consumption during pregnancy harm the developing fetus. However, we don’t know conclusively what the impact is of lower level alcohol consumption. That is, we don’t know if there is a truly safe level of alcohol use, nor do we know if the line between safe and unsafe alcohol consumption is the same for all pregnant women.
Read more
Alcoholism - A Functional Magnetic Resonance Imaging Study of Spatial Working Memory in Children with Prenatal Alcohol Exposure: Contribution of Familial History of Alcohol Use Disorders
Heavy prenatal alcohol exposure leads to widespread cognitive deficits, including problems with spatial working memory (SWM). Neuroimaging studies report structural and functional abnormalities in fetal alcohol spectrum disorders (FASD), but interpretations may be complicated by the co-occurrence of a family history of alcoholism.
Read more
Critical Public Health (Finland) - The emergence of the foetus: discourses on foetal alcohol syndrome prevention and compulsory treatment in Finland
The scientific discovery of foetal alcohol syndrome (FAS) in the early 1970s made pregnant women's heavy alcohol consumption problematic. A growing concern over prenatal alcohol intake has made FAS a major public health issue in the developed western countries and led to the proliferation of practices that aim to prevent it.
Read more
University of Lethbridge - Parental guide to FASD : a focus on a multidisciplinary approach and communicating with professionals
Fetal Alcohol Spectrum Disorder (FASD) can present many challenges for the individual and their family as they work towards accessing the appropriate supports. One major challenge in connecting with the appropriate professionals is communication and informing the support process from the perspective of the family.
Read more